This year’s Rainbow Laces Campaign enjoyed support in the previous weekend’s fixtures in the L&C AFL.

Promoted by Stonewall, the campaign plays a key role in making sure sport is a game for everybody, regardless of race, religion, gender or sexuality. It is certainly necessary when you consider research from the UK’s leading lesbian, gay, bisexual and transgender rights charity revealed that 43% of people feel that sporting events are not welcoming spaces for LGBT people.

Much work needs to be done to eradicate this mentality, and the Rainbow Laces Campaign ran between 26 November – 13 December this year.

The theme was allyship, which focuses on the vital role of challenging homophobia, biphobia and transphobia, while also supporting gender equality and equal civil rights. 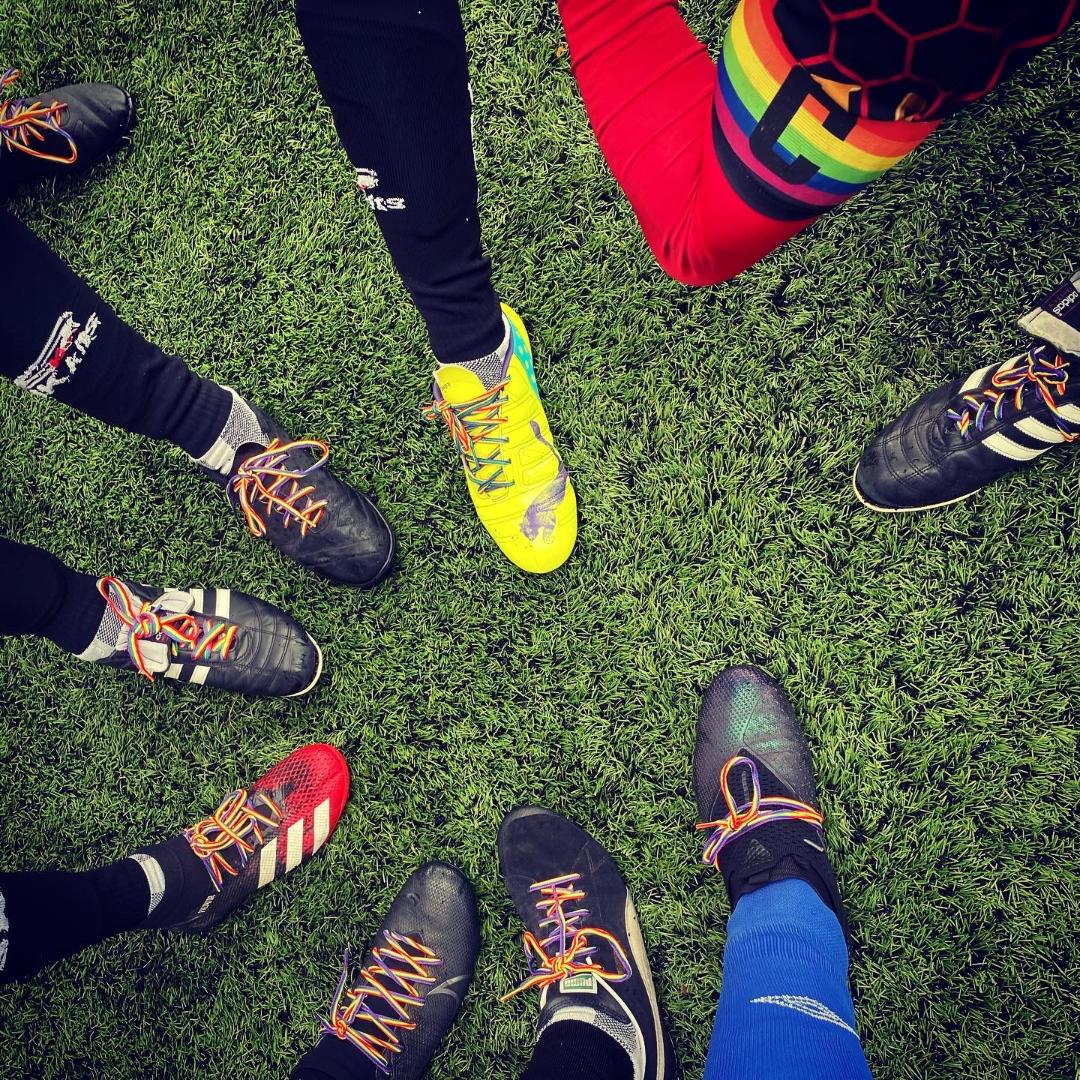 One of the league’s most active teams in challenging inequality and prejudice is Village Manchester, and their players took to the pitch this weekend proudly sporting rainbow laces in their home encounter with Abacus Media.