ONCE more, heavy rain reduced a full fixture programme of league fixtures but the use of artificial pitches saw the bulk of games completed.

Runaway Premier Division leaders Mellor were without a game giving the chasing pack a chance to reduce their big lead at the top of the table.

Newly-promoted AFC Oldham closed the gap to two points with an efficient 3-1 win at Abacus Media but Mellor still have a game in hand over their nearest rivals.

Salford Vics suffered a second successive defeat by 3-1 at Manchester Polonia but stay in third spot.

Dom Doyle’s new-look team are beginning to get into their stride and were deserving 4-1 winners over Radclyffe with Ryan Waterhouse and Danny Hugo (two) finding the back of the net to move their team into fifth place. 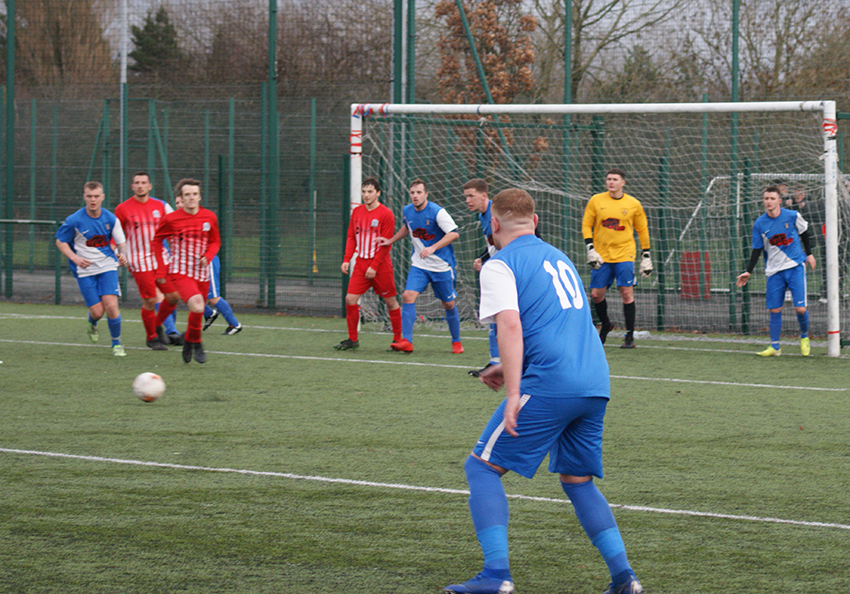 It was close in the other two games with Rochdalians sharing six goals in their local derby with Milton.

The game between South Manchester and Irlam Tigers was typical of the tight and competitive nature of the division in an exciting end-to-end contest.

South led at the break with a penalty converted by Jay Rushton but a spot kick for the Tigers after the break drew them level.

The match was decided in the dying moments as a superb team move by South was rounded off in terrific style by Shabir Ali to secure victory. 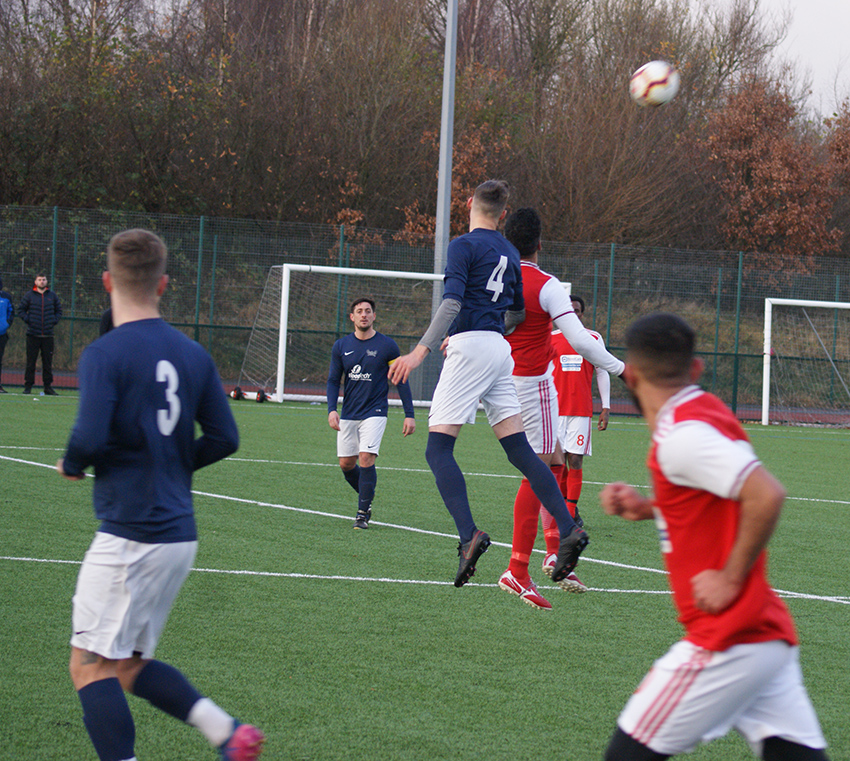 Division One is even more competitive and the top two met for the second week in succession in another very tight contest at Moston Brook.

The previous game had seen De La Salle score the only goal of a very keen encounter and again it was another cliff-hanger with just one goal scored.

This time it was Moston Brook who enjoyed victory thanks to a clinical strike from Marshall Roberts to take them three points clear of their rivals who have two games in hand on the leaders. 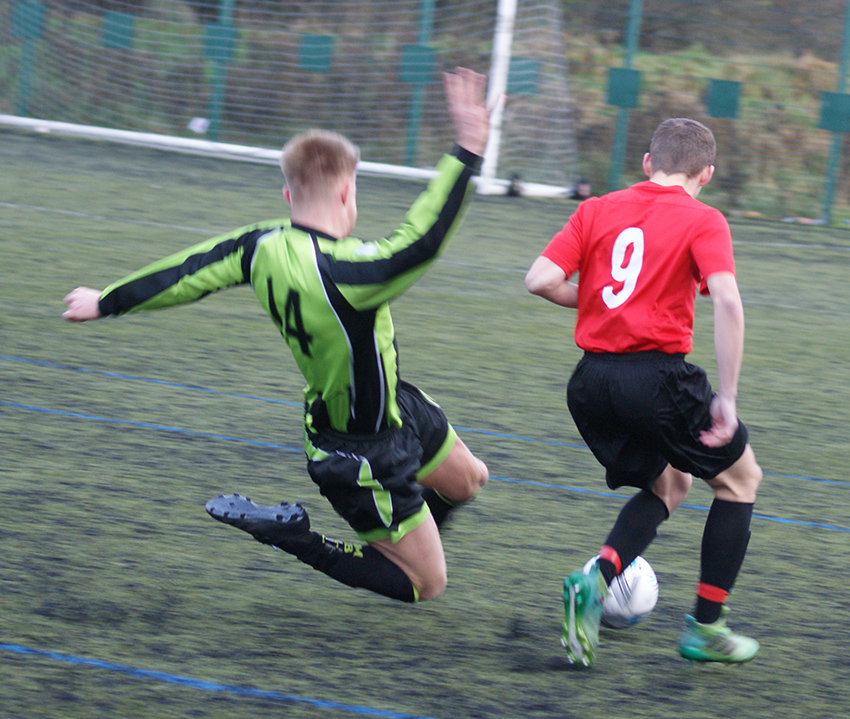 Hadfield Athletic were delighted to resume action and enjoyed a comfortable 4-1 win over Bury Ams to move into third spot, with plenty of games in hand.

The other game was another thriller with Dukinfield Athletic still looking for their first win of the season after losing out by the odd goal in seven to Signol OB.

There were plenty of goals in an action-packed Division Two with leaders Old Stretfordians maintaining a slender one-point lead with a comfortable 3-0 win over South Manchester Reserves.

Hot on their heels are Signol Athletic JFC who outclassed local rivals Mellor Reserves in a 4-1 victory.

Shaw Athletic kept in the hunt with a 3-1 win over Santos as did Chadderton Cott with a resounding 6-2 win over Rochdalians reserves.

Just three points separate the top five teams in Division Three with three of them locked at the top on 18 points after a goal-fest in the division.

Sale Amateurs also had their shooting boots on in a 6-3 victory at Didsbury Reserves to stay second place over local Trafford rivals Aldermere who had to work hard for a 2-1 win over Elton Lib Hargreaves.

Village Manchester are also firmly in the race for the title after an excellent game with Abacus Media reserves saw them triumph 5-1, inspired by Steve Curtis who netted his second goal in his 11 years at the club. 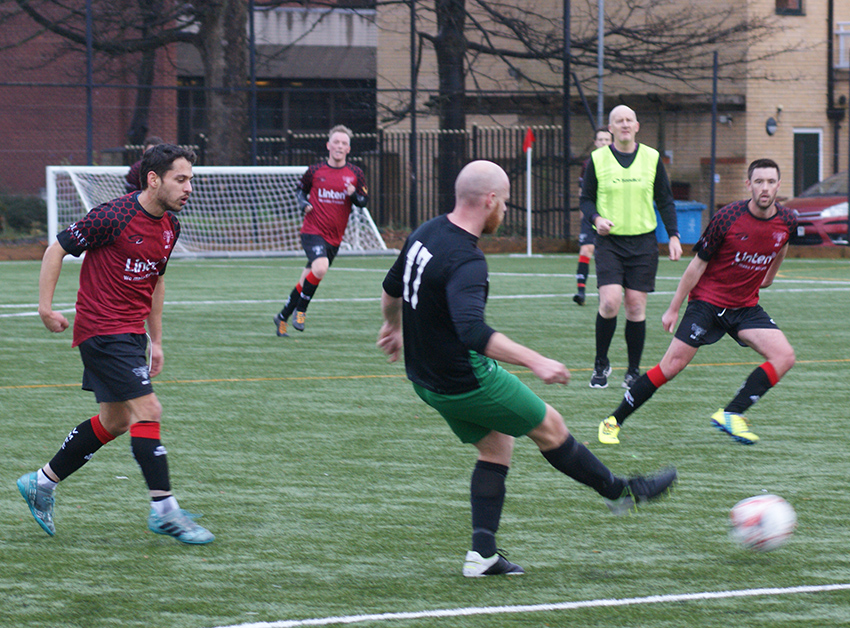 Plenty of goals too at Wythenshawe Wanderers who stay in a very handy fifth place after winning a breathless encounter with Stoconians reserves 5-4.

The race for top spot in Division A is intensifying, as leaders Kartel were held to a 2-2 draw at Trafford United reserves and second-placed AFC Stockport were beaten 5-2 by Salford Storm.

AFC Oldham reserves moved on the heels of the top two after a hard-earned 3-2 win over Deans.

The other games in the division saw Milton reserves defeat Old Strets reserves 3-1 and Chadderton Park were 4-2 victors at Mellor thirds.

There was an upset too in Division B as leaders Aldermere reserves were beaten 3-1 at an in-form Heaton Mersey.

There were 2-0 wins for Hillgate hosting Moston Brook thirds and Chadderton Cott against Spurley Hey and the other game ended deadlocked at 1-1 between Irlam Tiger Rangers and Dukinfield Atletic reserves.

Division C saw goals galore with AFC Stockport Warriors keeping on top of the table with a comfortable 6-0 win over Didsbury thirds.

Altrincham Hale hit eight of their own in an 8-3 destruction of Stoconions.

All the top teams in Division D were out of action and the only two games played saw Greater Manchester keep an immaculate clean sheet in a 3-0 win at Chadderton Park reserves and Moston Brook fourths drew 2-2 wih Spurley Hey reserves.