Flixton Juniors AFC celebrated their 50th anniversary with a barnstorming 3-3 draw on a day when several of the teams at the top found the going tough.

In the Division B encounter with Salford Albion, both sides produced a pulsating afternoon of entertainment that served as a fitting way to mark Flixton’s special occasion. Jordan Casey, Adam Casey and Sam Dickinson found the back of the net in a competitive but sporting match, in which Salford played their part to take a share of the spoils.

Flixton stay in second, a point ahead of Salford Albion; sitting pretty at the top is Aldermere reserves, who dispatched Dukinfield Athletic reserves 5-0.

Bury Ams reserves eased to a 4-1 win over AFC Oldham thirds and Moston Brook thirds had to work hard for a 4-3 win over Hillgate to inflict the first defeat of the season on them and Heaton Mersey drew 1-1 hosting Irlam Tiger Rangers.

Setting the tone for the day were Salford Vics who entertained leaders South Manchester in an early kick off due to the Challenge Cup final.

Salford Vics dominated the first half but just a Joe Axon goal separated the teams the teams at half time.

The end-to-end game was settled when Axon netted twice in as many minutes to complete his hat-trick.

South were then limited to long range efforts in the last 25 minutes. A very good game from two excellent teams at the top of the table, a credit to the league, as was referee Mike Crump.

Taking full advantage of South’s slip were Mellor who enjoyed a comfortable 5-1win at Radclyffe to move a point clear at the top and maintain their 100% start.

Also making a move into the top three were Abacus Media as they shared four goals with Rochdalians.

Dom Doyle picked up their first win of the season by 5-2 over Manchester Polonia and another thriller saw AFC Oldham win 4-3 hosting Irlam Tigers. 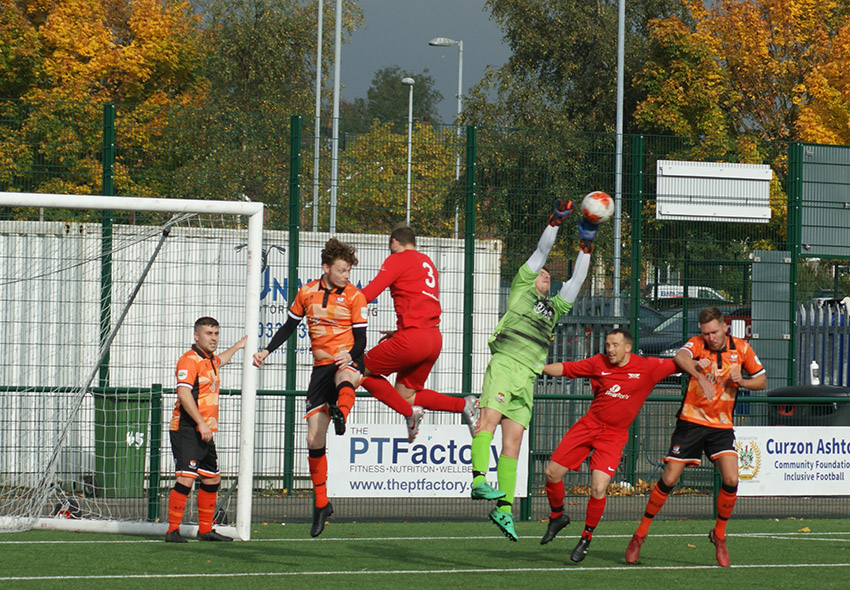 It is even tighter at the top of Division One with four teams locked on 10 points.

De La Salle Reds remain top but were grateful for a point in a 2-2 deadlock with Trafford United as previous leaders Moston Brook lost out to the only goal of their game at North Walkden.

The top game in the division was at Droylsden with title-hunters Stretford Paddock drawing 2-2 with Hadfield Athletic. Dean Fallon gave Hadfield a 5th-minute lead, only for Rivaldo Brown to quickly hit back. 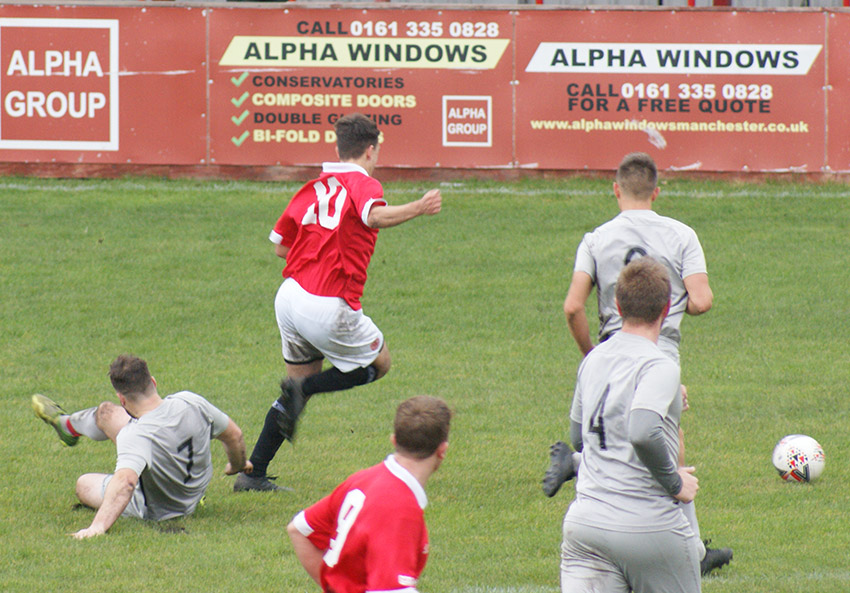 Philip Whiteman restored Hadfield’s lead from the spot but Paddock struck seven minutes from time through Jay Phillips to earn a deserved point.

Didsbury were delighted to chalk up a welcome 3-2 win over in-form Newton and another close contest was decided by a late goal at Signol OB for Bury Ams after strikes on either side of the break from Bury’s Gio Tidona and Ben Gordon for Signol. 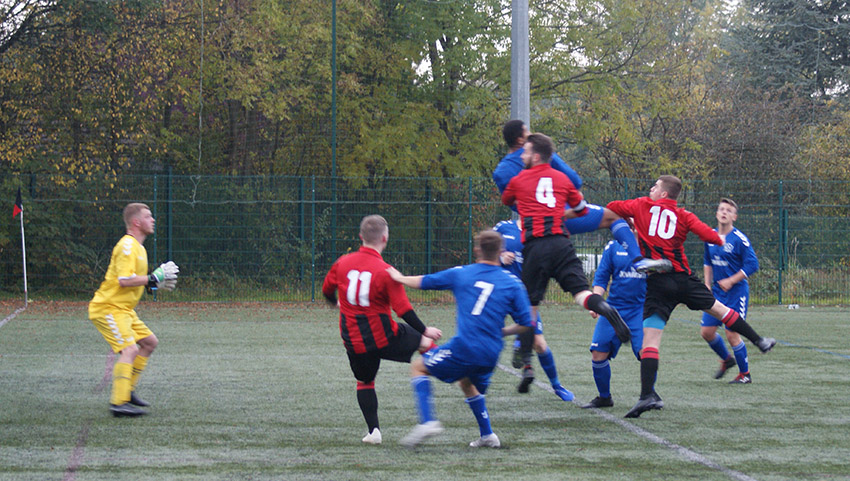 There were goals galore in Division Two and Old Stretfordians lost their 100% record, going down 2-0 at Shaw Athletic who move into second spot three points behind Strets with a game in hand.

Bedians were unstoppable in a big 8-2 win over Santos and Chadderton Cott were not far behind as they walloped Rochdalians reserves 7-2.

The other games were much tighter affairs, with Signol JFC winning 4-3 in their local derby at Mellor reserves and South Manchester reserves triumphed 3-2 at Stoconians.

Two new teams are level on 12 points at the top of Division Three after comfortable wins.

Hattersley were too hot for Stretford Paddock reserves, with a big 8-2 win and Sale Ams stay level on points with another emphatic 5-1 win at Aldermere.

Village Manchester moved into the top half of the table after beating Didsbury reserves 3-1 and there were close contests at Elton Lib Hargreaves where Abacus Media reserves scored the only goal of the game and at Stoconians reserves who lost by the odd goal in seven to Woodhouses.

Division A top guns AFC Stockport were held to a 2-2 draw by Moston Brook reserves who are one of four teams level on seven points, three behind the leaders.

Kartel Sports look as if they will be firm contenders for the title as eased to a 5-2 win at Deans and Salford Storm and AFC Oldham reserves drew 1-1 to stay in the top group.

Parrs Wood Celtic have vital games in hand and showed their intent, winning a 4-3 thriller against Chadderton Park and Milton reserves are another contender as they won their second game of the season in style by 6-3 at Old Stretfordians reserves.

Salford Storm reserves remain on top of Division C winning 5-2 at Altrincham Hale but Staly Lions are showing their power as they kept up their 100% record with a convincing 4-1 victory over Bury Ams thirds to stay a point behind Storm with two games in hand.

The winners of the other games in the division all scored four times, with wins for Oldham Vics reserves by 4-2 over Stoconians thirds, a score matched by Radclyffe reserves over Govan Athletic and AFC Stockport Warriors were 4-1 victors over Village Manchester reserves.

Greater Manchester FC are top of Division D on goal difference despite being held 1-1 by Irlam Tigers thirds.

Urmston Town Vale drew level on points with a 5-0 win over Rochdale Galaxy but the other games were very close.

Whalley Range picked up their first point of the season with a dramatic 4-4 draw with Spurley Hey reserves as did Chadderton Park reserves as they shared six goals with Stoconians fourths.