THE weather relented and the sun shone on another outstanding day with upsets and plenty of dramatic action in all eight divisions of the league.

It’s still all to play for in the Premier Division as South Manchester, who narrowly avoided relegation last season, are the new leaders after they scored the only goal of their game at Lancashire Amateur Cup finalists Milton.

Abacus Media are level on points with South after a comfortable 4-1 win hosting Dom Doyle. 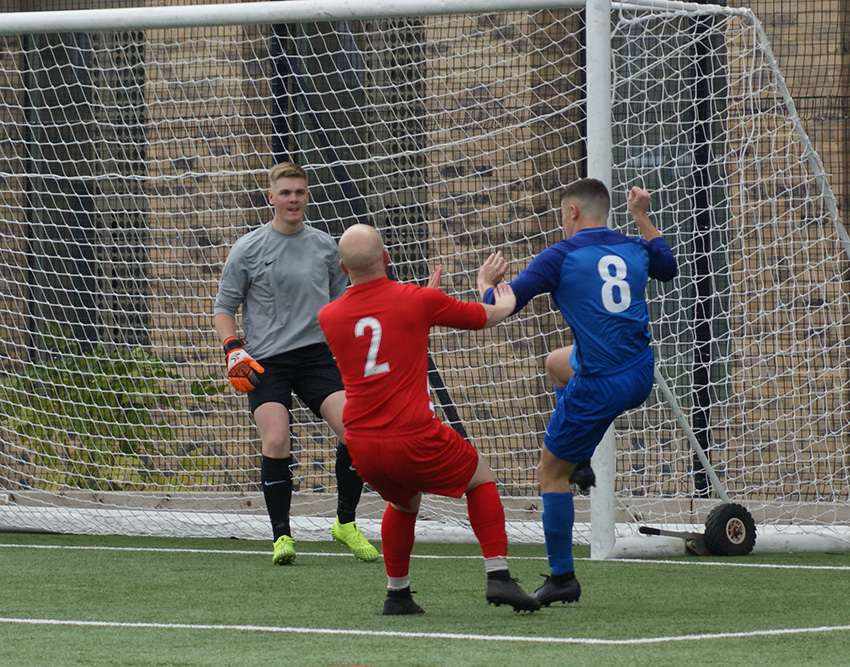 But lurking with games in hand are non-playing Mellor with a 100 per cent record, and reigning champions Rochdalians who marked their first game of the season with a crushing 7-1 win at AFC Oldham.

Radclyffe were also impressive as they won their first outing this term in a goals-filled 6-3 success at Manchester Polonia.

The other game in the top flight ended with honours even as High Lane shared four goals with Irlam Tigers.

Division One looks to be equally competitive with no teams left with a 100 per cent record.

The game of the day was at Ten Acres Lane with an 11-goal thriller between Trafford United and North Walkden.

The socially distanced spectators were treated to an absolute humdinger and despite falling behind more than once, United rallied to win 6-5.

Birthday boy Ben Wordsworth put North Walkden to the sword with a first-half hat-trick as well as converting the winner after sublime interplay between Tom Groves and Martin O’Regan.

Nathan Bradley converted from 12 years before North Walkden put through their own net as Trafford stuck to the rule of six to claim the three points.

Ben Wordsworth was not available for comment on the easiest chance of the day which he blazed over the bar.

New boys De La Salle were very impressive with a big 9-1 win at Dukinfield Athletic to stay a point behind leaders Moston Brook who had a comfortable 5-1 win over Didsbury.

Hadfield stay in joint second spot with an emphatic 6-2 win over Signol OB and Newton put on a great display and keep an immaculate clean sheet as they ended Stretford Paddock’s bright start to the season with a fine 2-0 win.

Old Stretfordians continue to dominate Division Two after a 4-2 win against Salford Vics reserves and the big-hitters were new team Shaw Athletic in an 8-2 romp at Rochdalians reserves.

Stoconians grabbed the derby spoils with a comfortable 5-1 defeat of Mellor reserves and Signol Athletic JFC triumphed over Oldham Vics by the same scoreline.

Hattersley have made very promising start to life in the league and lead Division Three on goal difference with a game in hand on their two main rivals after dispatching Stoconians reserves 4-1.

Sale Amateurs had to work hard for a 4-3 win over Elton Lib Hargreaves to stay in second spot and there was another thriller at Village Manchester as they hosted Aldermere. 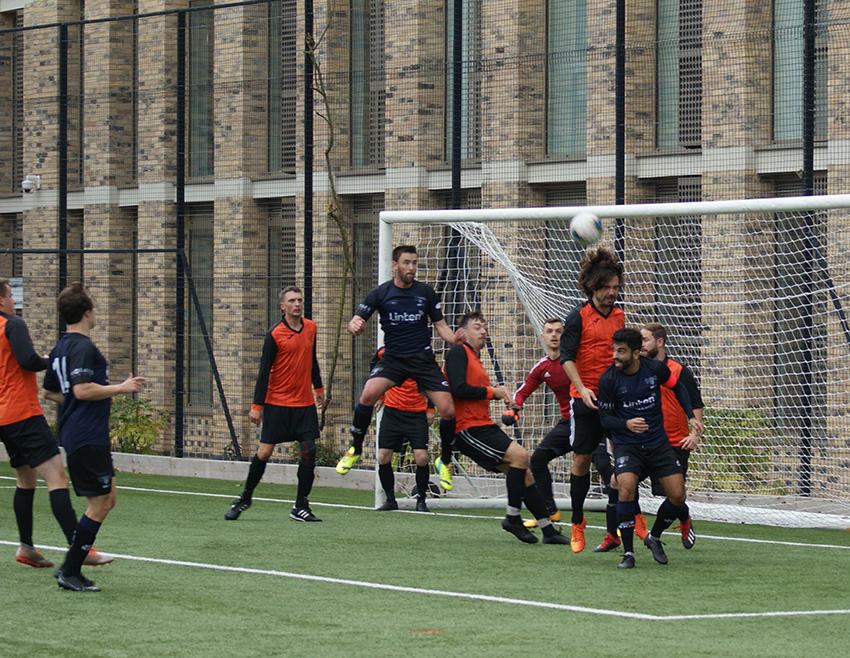 Village were slow out of the blocks and were hit by strikes from Peter Walster and Scott Kinsella.

But the second half was dominated by Village who reduced the arrears with a cracker from Daniel Hodgson and Aldermere were indebted to keeper Tom Shaw who pulled off a string of impressive saves to deny Village and keep his side 2-1 ahead to stay a point behind Hattersley.

Wythenshawe Wanderers were too hot for Hooley Bridge Celtic to handle as they cruised to a 6-0 win with goals from Eden Fallon (two), Henry Freeman, Warren Thompson, Jack Hoyland and Mark Lucas.

Moston Brook reserves were the hot shots in Division A with a 7-4 victory over Old Stretfordians seconds but they remain a point behind leaders AFC Stockport who won a close encounter with Parrs Wood Celtic by the odd goal in three.

Salford Storm won by the same margin at Chadderton Park and new boys Kartel were impressive in their first win of the season accounting for AFC Oldham reserves 5-2.

Division B leaders Aldermere reserves lost their 100 per cent record after being well beaten 4-0 by newcomers Salford Albion and local rivals Flixton JFC closed the gap on them to two points with a 3-1 win over Moston Brook thirds.

Bury Ams reserves were in the goals with a 5-3 win at Chadderton Cott reserves and Dukinfield Athletic reserves emerged with a 2-1 win in a close contest at Heaton Mersey.

The top two teams in Division C stay level on points after they both posted wins with Stockport Warriors on top by goal difference after a 4-1 win over Village Manchester reserves with Salford Storm reserves edging a 2-1 win over Oldham Vics reserves.

The other game in the division saw Staly Lions roaring as they kept their 100 per cent record with an emphatic 5-1 win over Stoconians thirds.

Greater Manchester FC continued their successful start in the league with a win but Deans reserves took them all the way before the leaders prevailed 2-1.

Irlam Tigers A dropped to vital points in a 3-3 deadlock with Moston Brook fourths to allow GMFC to overtake them, while Stoconians fourths and Rochdale Galaxy also shared the spoils in an entertaining six-goal encounter.