It almost seems a different world away now, but as recently as February, participation numbers in the Lancashire & Cheshire AFL were causing real concern.

The amateur football league, which has been a vital part of the various communities in the region for more than 110 years, has suffered from declining numbers that have resulted in the reduction in number of leagues and in the 2019/20 season, seven teams have been lost – victims of declining participation.

The coronavirus outbreak has put paid to the league season, which has been declared null and void; wiggle room has been left for the cup competitions to reach a conclusion, though that is of course subject to change.

Over the course of a matter of weeks, the narrative has changed; football has rightly taken a back seat to the much more fundamentally important issue of health.

But the L&C is more than just football; the league provides a sense of community, togetherness and belonging – all of which will be important when amateur football is able to resume.

When that happens, the participation question will remain an important one to answer for the future of competition, but football clubs in the league are working hard to find solutions to the falling numbers.

The current league structure consists of seven divisions – Premier Division down to Third Division, followed by Divisions A, B and C.

As recently as 2013, there were 10 divisions but slowly, these have fallen away; that season, Division F was dissolved, followed by Division E three years later, and finally Division D in 2018.

The falling numbers are highlighted by the fall in the number of teams over the past eight years.

The voided season has seen seven teams unfortunately drop out – Old Ashtonians, Unicorn, Didsbury, Swinton, and Barr Hill have all folded, whilst Chorltonians and Spurley Hey have each lost a team as the battle for player numbers became too much.

It is undoubtedly a pattern that will cause concern, but the league’s remaining clubs remain defiant, and are responding proactively in order to avoid a similar fate to those teams that have gone before them.

Networking and the power of youth

Milton currently run two teams; half a decade ago, this was three, but they too have fallen victim to the changes in grassroots football participation. 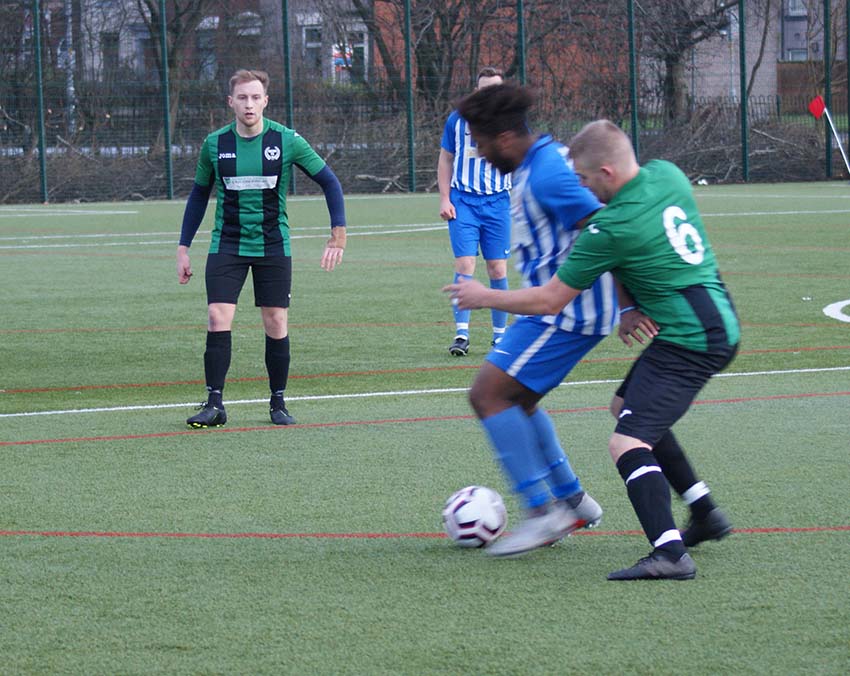 The club’s secretary, Sam Johnson, has highlighted change in work and life circumstances as key drivers in changing player participation; the 28-year-old said the cohort of players who he has played with have grown up together and provided consistent numbers, but are at the stage where life understandably changes and so do commitments.

He said: “I’m 28 now so you’re getting to the stage where people are getting married, have other commitments, are having children, have weddings. This is combined with lower participation in younger children, late teens, people going to university and not getting into playing football.”

But Milton are working hard as a committee to find solutions to these numbers; a common theme has been tapping into youth set-ups, and partnering with these.

The hope is that, by affiliating with under-18s and junior clubs, Milton can encourage a cohort who have played together for years to come through the ranks at the same time, as playing with friends is a vital pull in the grassroots game.

All those who play key roles in helping the club function understand the power of networking too, reaching out to friends, work colleagues, friends of family, to offer opportunities.