LAST week the league escaped the wrath of Storm Ciara to complete a full programme of games but Storm Dennis came early enough to devastate this week’s mix of league and cup fixtures with artificial pitches once proving to be a saviour for some games.

The top fixture saw Division One Irlam Tigers playing Chadderton EDS in the semi-final of the Manchester Amareur Cup.

There was a strong end-to-end wind and this paid dividends for the Tigers as they took the lead with a 90-yard strike from their powerful keeper Tom Richardson whose long, high clearance bounced over the Chadderton keeper to give them the lead. 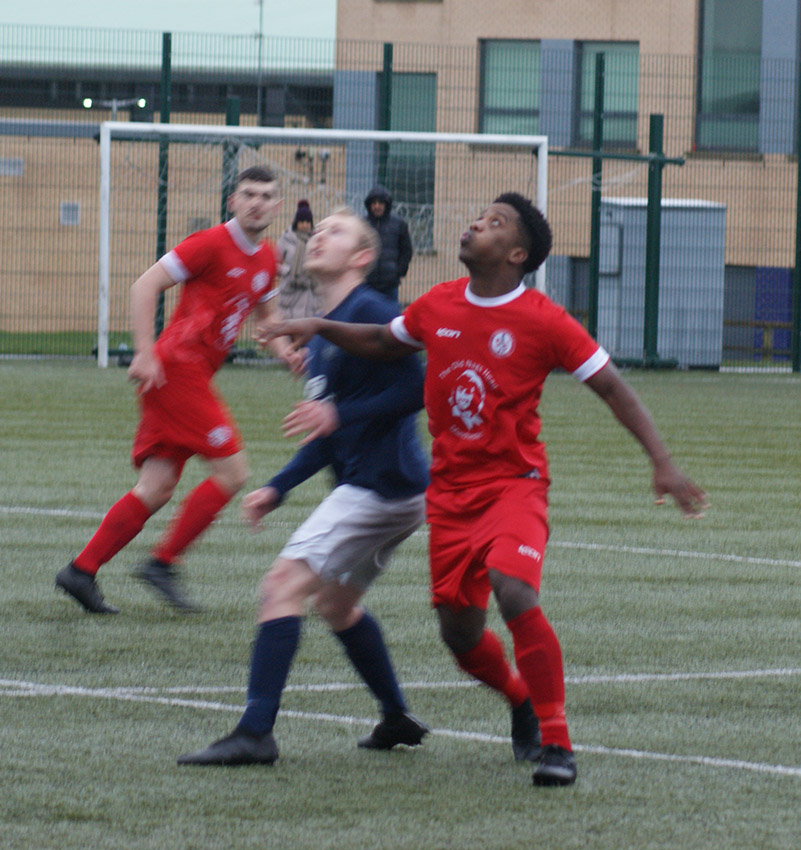 Chadderton are a classy young team and their excellent football saw them level before the break as they dominated for long spells.

A superb second half saw both teams create chances and the Tigers were to regret their misses as Chadderton broke away to net the winner in injury time.

But it was a great advert for amateur soccer and the Tigers can be very proud of their display in this game and in reaching this stage to bring great credit to themselves and the league.

The other cup game saw Division Two high-flyers North Walkden pull off a giant-killing act in the Rhodes Cup as they took on Dom Doyle.

North came out with all guns blazing and struck twice in the first five minutes to give them confidence and they kept up their momentum to add three more unanswered goals. 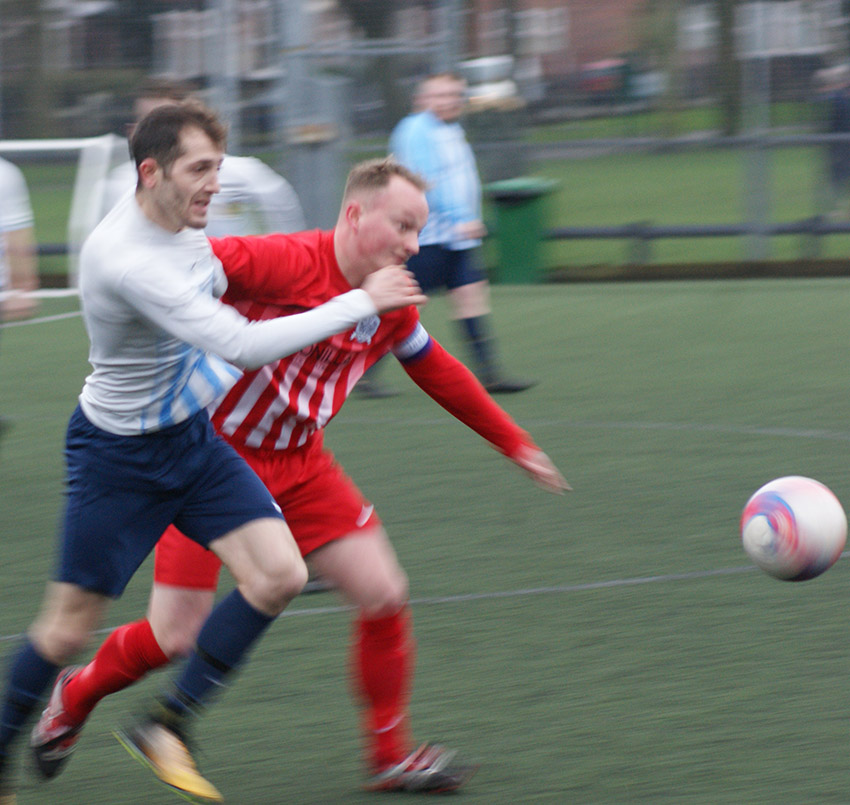 They will now play Chadderton Cott in the next round who are flying high at the top of Division Three.

League action was very limited but there was a big win for South Manchester at Abacus Media by 3-1 in the only Premier division game.

The win lifts South out of the bottom two for the first time this season by three points above Trafford United and Milton.

There was plenty of action in Division One and Radclyffe went back on top as they pulled off a fine 3-2 win at Manchester Polonia.

Their main title rivals AFC Oldham remain unbeaten but were held in a thrilling 3-3 draw at Signol Old Boys.

AFC are now two points adrift of Radclyffe but have a vital game in hand in what promises to be a gripping race to the wire for the rest of the season.

Third-placed Chorltonians shared four goals with Bury Ams and Moston Brook climbed out of the bottom two after winning their relegation battle with Old Stretfordians by 5-3.

The top teams were out of action but there was a fantastic and breathless6-6 draw between Santos and South Manchester Reserves.

Not far behind with thrills and spills were Bedians and in-form Oldham Vics who shared eight goals.

Division Three leaders Chadderton Cott extended their lead to seven points with a comfortable 8-0 win over Milton reserves but non-playing Signol Athletic have two games in hand which could yet open up the title race.

The other mid-table game saw Salford Vics reserves ease to a 3-1 win over Elton Lib Hargreaves.

No change at the top of Division A as all of the three top teams saw their games postponed.

The basement battle saw Salford Storm match Dennis with decisive 6-2 win over Dukinfield Athletic reserves and climb one point above them.

It was closer in the other two games with Moston Brook reserves scoring the only goal of their game against Deans and Waterloo reserves and Trafford United reserves shared six goals. 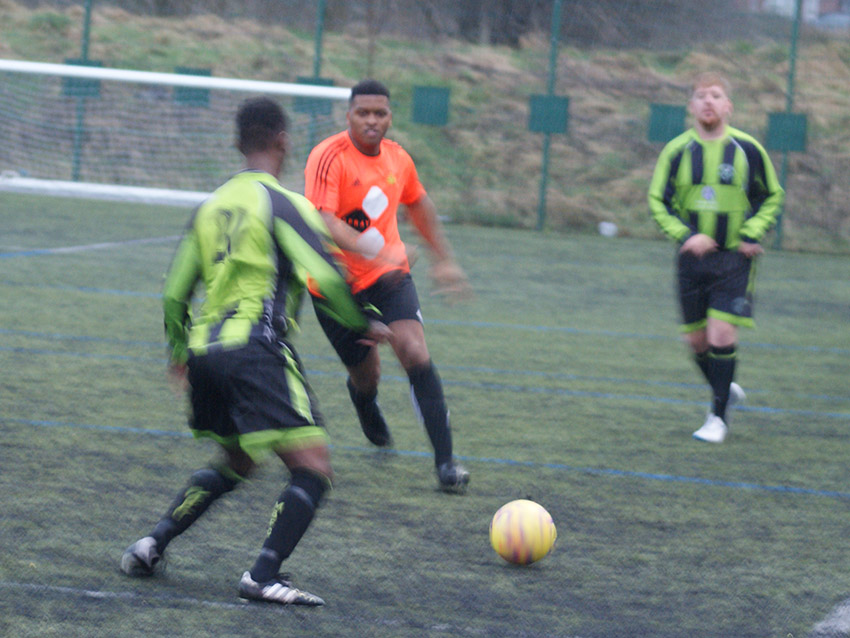 There were also only two games played in Division B and neither affected the top two with AFC Oldham beating Heaton Mersey 3-2 and Bury Ams reserves drew 3-3 with Hillgate.

There was a total wash-out of the Division C fixtures.

Following their pulsating win over the Lancashire Amateur FL for the John Howard Cup in the annual Inter-league fixture, the league President Tim Roebuck is delighted to have set up another top exciting encounter.

It is against the Liverpool County League at the superb Liverpool County ground on Tuesday March 10. Tim is hoping that he will have the same squad available but if any other club has players they think my be interested in playing they can contact him to join a squad training session.