RADCLYFFE FC are on track for a remarkable trophy treble after pulling off another giant-killing act in the first Rhodes Cup semi-final. After last week’s Wray Cup semi-final win over Urmston Town Radclyffe, who have a string of top scalps in the competition, played Premier division leaders Rochdalians at Wright Robinson. They had to soak up lots of Rochdalians pressure before breaking out to take the lead with a neat finish from  Laurence Howell. Some great mid-field pressing and solid defending kept Rochdalians at bay and Sean Ogden doubled the Radclyffe lead before the break.

Rochdalians showed their intent as they came back to reduce the arrears but it was Radclyffe’s day as they went on to win 4-2 and will face either Salford Vics or Parrs Wood Celtic in the final at Hyde United. Radclyffe have a massive backlog of games in division three as they will be looking to overhaul leaders Dukinfield Athletic in their chase for a third trophy.

There was more domestic cup action in the Hellawell Shield as Chadderton Park seconds booked their final slot with a 2-2 draw against Bury Ams thirds in the two-legged semi-final to add to their 3-1 first-leg win.

In the other semi-final first leg Irlam Tiger seconds gave themselves the advantage with a 5-2 win over Hollingworth seconds.

Steve Bramhall gave Hollingworth an early lead that was cancelled by Lewis Cartwright as the Tigers bit back. Mike Burke and Cartwright, with his second took the Tigers to a 3-1 lead with Danny Birkhead on target to get Hollingworth back in touch.

But the Tigers were not to be denied as they stepped up a gear with Dylan Lee and Cartwright completing his hat-trick for a 5-2 lead going into the second leg at Hollingworth.

Action saw High Lane and Whalley Range both take advantage of Rochdalians’ cup involvement as they both posted wins to keep the title race wide open. Lane went three points clear at the top as they cruised to a 4-0 win at South Manchester thanks to strikes from Leon Murphy, Carl Sutton, Jim Leeson and Jim Williamson.

Whalley Range had to work much harder for three points as they won a nine-goal thriller at Kings Road by 5-4 over old rivals Mellor which takes them into second spot over Rochdalians who still have the title in their own hands with crucial games in hand.

Plenty of goals also for Abacus Media who beat Old Stretfordians 9-2 and Milton kept an immaculate clean sheet in a 4-0 win at Old Ashtonians.

The top two teams in drew further away from the pack with two comfortable victories. Leaders Dom Doyle won 5-2 at Hooley Bridge Celtic and Parrs Wood Celtic stay seven points behind them with three games in hand with a 6-0 win over Bury Ams.

Swinton and Stoconians were deadlocked at 1-1 and non-playing Irlam Tiger remain in fourth place.

Goals galore in the local derby at Oldham Vics as they won 9-7 against AFC Oldham.

Just two games in and they were both close affairs with Urmston Town and Rochdalians seconds sharing six goals and Mellor seconds won 3-2 at Spurley Hey.

Dukinfield Athletic moved 13 points clear at the top with a comfortable 7-2 win at Salford Vics seconds but they still have Radclyffe in with a shout of catching them with their huge backlog of games. Village Manchester enjoyed their second league win of the season beating Abacus Media seconds 3-1

Chadderton Park matched this score-line against Stoconians seconds and a charity game at Signol Athletic saw the hosts beat the Ryan Brett 11 8-3.

There are no easy games in a very competitive division and the game between the top two teams saw Moston Brook seconds reduce the lead of Elton Lib Hargreaves to five points as they beat them 4-2.

Chorltonians Villa won the basement game with Spurley Hey seconds by 4-0 and Flixton shared the spoils with Rochdale Galaxy in a 1-1 draw.

AFC Stockport took a big step to winning the championship with an emphatic 7-1 win at Didsbury seconds but Old Strets seconds kept in the hunt as they cruised to a big 5-0 win over Parrs Wood Celtic seconds.

Chorltonians Athletic moved off the bottom spot with a 3-0 win at basement rivals Bury Am seconds with goals from Anthony Hardy (two) and Paul Stansfield.

Hillgate beat Moston Brook thirds 3-1 and there was a very rare goalless draw in the local derby between Chadderton Cott seconds and AFC Oldham thirds.

The annual match between the Land C and the Lancashire Amateur League saw the LAL win the John Howard Shield with a comfortable 3-0 win at Daisy Hill FC. The L and C team was comprised mainly of players from Abacus Media and Milton FC. 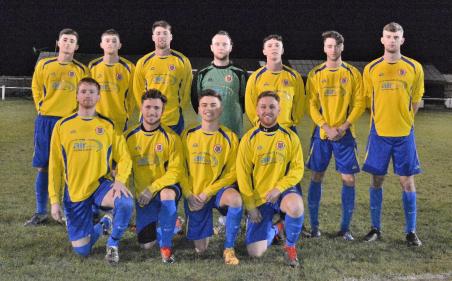 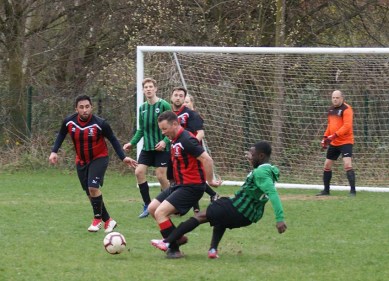 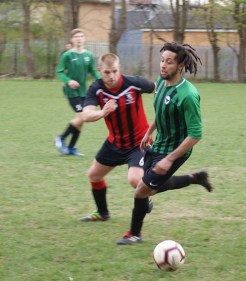 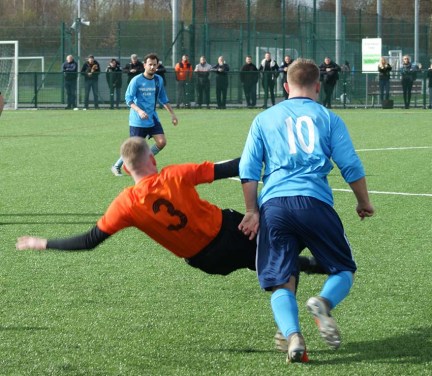 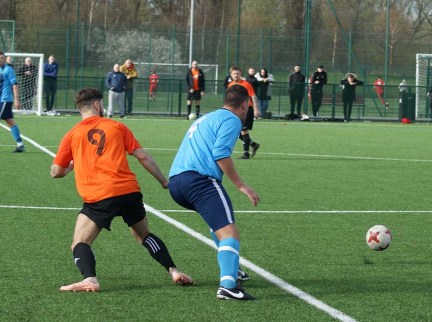 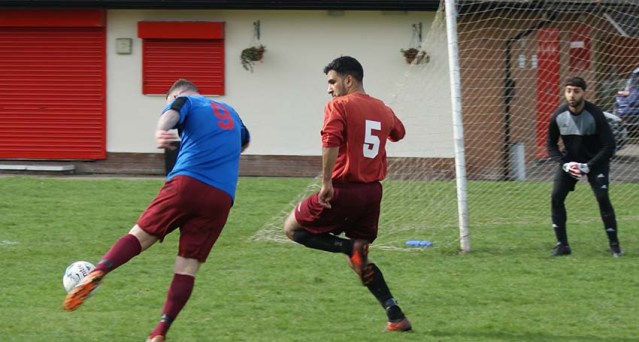 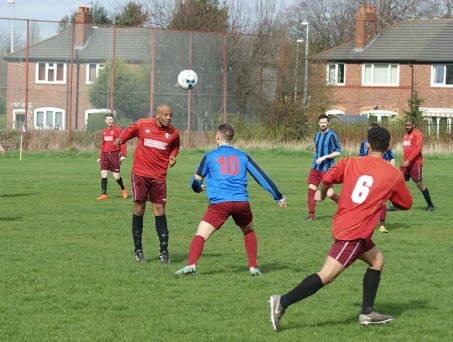